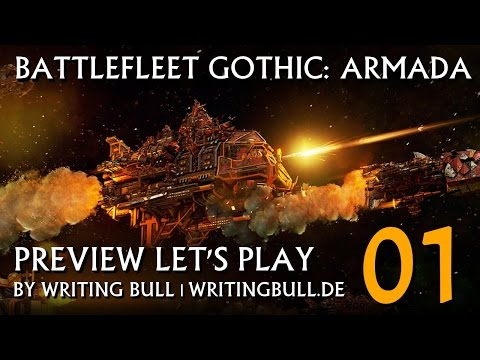 Mythic Entertainment has announced that the Mac version of its MMO, Warhammer Online, will go live this autumn.Players on both platforms will be able to play online together, sharing the same servers.

Over the years, I’ve been forced to redefine my definition of “native” game clients for OS X. At first, I was a die-hard, nothing but true native code for me, thanks. Then, as the harsh reality of understanding that true native code is about as likely as Congress putting aside their differences and acting on what’s best for the common man, in a moment of true despair I opined that maybe running games in Crossover wasn’t such a bad idea.

Now, the trend seems to be to use TransGaming’s Cider, which in non-technical terms a wrapper game developers can use to bridge their Windows code over to OS X. It’s not a “true” native client, but, since it doesn’t require a virtual machine or the ritual sacrifices that seem to go along with getting games to run on Crossover, I can handle that. Warhammer Online, from EAMythic is the latest game to get ported. After a few months of beta, it was released October 26. Full disclosure: this isn’t a full review. I’ve only got about 15 hours or so of game play to base these observations on.

I’ve had decent luck with Cider ports, although my sample set of Sims 3 and Spore is a little small. Warhammer Online: Age of Reckoning (WAR) is definitely the most resource-intensive of the ports I’ve tried. For the most part, it worked fairly well. I have a brand-new MacBook Pro, but with only 2GB of RAM. I had enough stutters and jerks to prove to me that jumping to 4GB would be optimal, but it wasn’t unplayable with 2GB, either.

Warhammer has two modes: one where you fight against the computer-controlled monsters (PvE), and one where you fight against other players (PvP). There are two sides, Order and Destruction, and they are locked in the age-old, time tried, cliché battle to control the lands. What I liked is you can earn the experience needed to level up in both modes — although there is a separate level called Renoun where you only earn in PvP.

The PvE quests are fairly trite, being mostly “go forth and kill me 10 of these.” One nice variation is a Public Quest. When you go into an area, you’ll get a pop up to “kill x of this.” Any player in the area killing these contributes to the kill total. Participating in these earns you some influence you can use to buy better gear — almost all the gear upgrades I found were earned from either Influence or Renoun rewards.

There are also PvP quests relating to capturing enemy turf or killing other players. You can also play PvP scenarios, which are similar to a Team Fortress-type map. You’ll go into a small area and need to fight other player for control of a few objectives. This is where I had the most fun. The battles are short, usually fairly intense, and last about 15 minutes. You can queue up for one with a press of a button. When enough players are queued up, the scenario will begin. When it’s completed the game will return your previous location. Being able to gain levels doing this relieves some of the boredom attached to just running quests.

There are a couple of amusing bones EA has thrown to Mac players. All Mac players unlock an in-game title, “I’m a(n) Order/Destruction” depending on your faction. If PC/Mac people kill enough of each other, you can also unlock a secret title.

Warhammer’s biggest competition on the Mac is World of Warcraft, and in many ways it’s not a fair comparision. WoW has years of polish behind it and only has a PvE mode (the PvP stuff is more of a tack-on than a core game component as it is in WAR). There is a visual similarity between the two, but it’s ironic. Warhammer Online is based on the old Game Designers miniatures game, which WoW borrowed from for its look. However, I found the look to not be a sharp as WoW, and the characters models were a little bland by today’s standards.

One of the benchmarks I’ve used when reviewing games to judge their elusive “fun” factor is how many times I bullcrap myself into thinking, “I’m just logging in to check one thing,” knowing full well I’m going to be in there for at least an hour. That about sums up my weekend with WAR. You can download a free, 10 day trial here. Existing customers, aka, yous Windoze folks, can download the client for free.